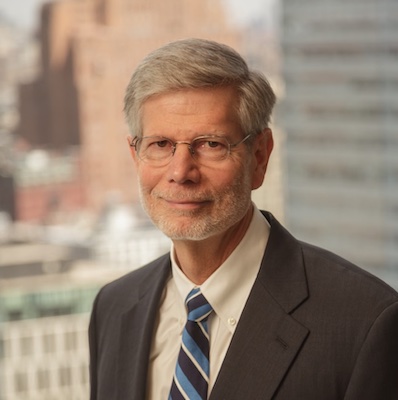 Gordon Berlin is a research professor at Georgetown University’s McCourt School of Public Policy.  Previously, he served as the President of MDRC, the nation’s premiere social policy research and demonstration intermediary, where he helped to build a reliable body of evidence about effective education and social programs, policies and practices. Prior to being appointed MDRC’s president in 2004, he served as MDRC's Chief Operating Officer, overseeing the organization’s three programmatic divisions in the areas of work, community, and economic security; education; and children and families.

Before joining MDRC in 1990, he was Executive Deputy Administrator for Management, Budget, and Policy at the then $6-billion, 33,000-person New York City Human Resources Administration. He also worked as a program officer and then Deputy Director of the Ford Foundation’s Urban Poverty program, where he led the foundation’s youth employment and development portfolio and other work, and prior to that as a program analyst and project officer in the US Department of Labor’s Employment and Training Administration. Throughout his career, Mr. Berlin has developed and managed programs to address problems associated with welfare dependency, homelessness, teenage pregnancy, early childhood development, poverty, health, unemployment, and other issues of concern to low-income families and communities.

Currently a board member, Mr. Berlin founded and, for seven years, served as the Executive Director of the Social Research and Demonstration Corporation, a Canadian nonprofit formed at the request of the Canadian government to test innovative social welfare and employment-focused programs. He is also a board member of the Harry and Jeanette Weinberg Foundation, a leader in supporting nonprofit organizations providing direct services in the areas of employment, health, education, housing and homeless programming.

Mr. Berlin has authored and coauthored numerous publications on employment and social welfare issues, including Poverty and Philanthropy: Strategies for Change; Rewarding the Work of Individuals: A Counterintuitive Approach to Reducing Poverty and Strengthening Families; What Works in Welfare Reform: Evidence and Lessons to Guide TANF Reauthorization; Learning from Experience: A Guide to Social Impact Bond Investing; and Can Evidence-Based Policy Ameliorate the Nation’s Social Problems? He has served on National Academy of Sciences committees, as a member of the MacArthur Foundation-funded Network on Transitions to Adulthood, as an advisory board member to the National Poverty Center, and as chair of the Board of Youth Service America, a nonprofit organization responsible for providing technical assistance and disseminating information about national youth service in schools, colleges, and communities.